Catholic Cremations Have Gained More Acceptance Over the Decades 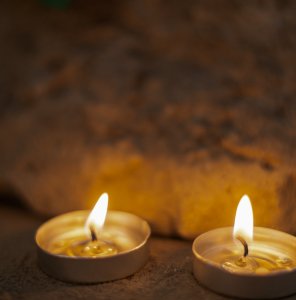 Simple Cremation of New Jersey helped me through the worst experience of my life. I never imagined there was a service that would allow me to make cremation arrangements in the privacy of my own home. During my time of grief, your website was not only easy to navigate, but also provided everything I needed to make the provisions for my son’s cremation, at an affordable price. Thank you so much for making this horrific episode endurable.

For hundreds of years, the Catholic Church forbid its followers from getting cremated. The Church considered human bodies sacred, even after physical death. To some, cremating bodies was disrespectful. To others, cremating a body could prevent resurrection during the Second Coming.

The Vatican softened its position decades ago and retracted its cremation prohibition in 1963. As a result, Catholic cremations have gained more mainstream acceptance since the 1960s. Still, Catholics may want to discuss their options with priests who can offer guidance.

Most members of the clergy prefer conducting funeral Mass in the presence of a person’s body. Having the loved one’s body present may help some family members and friends come to terms with their loss. A fully intact body also conforms to Catholic tradition.

With that said, many priests will conduct funeral Masses, funeral liturgies, and rites of committal with cremated remains. Although not the preferred option for some, they should treat the remains with the same respect that they would give a body.

The Church Does Have Some Cremation Restrictions

The Catholic Church accepts cremation as a viable option for a believer’s remains. Authorities insist, however, that members follow a few rules. The remains must not get scattered in the wind or into the sea. The Vatican takes a hard stance against this practice.

Ideally, Catholic cremations stay in a sacred location, such as a church cemetery or mausoleum. You don’t have to store them on hallowed grounds, though. Other options include keeping the cremation remains:

Most Catholics do not believe in dividing cremation remains among several people. While it may seem like a terrific way to remember a lost loved one, the Church frowns on this practice as severely as it disapproves of scattering ashes.

If you or a loved one prefers cremation, schedule time to speak with a religious leader you trust and respect. Catholics do not need to seek permission before choosing cremation, but talking to a priest or other authority can give you peace of mind and help you conform to the Church’s traditions.

Ultimately, the Church recognizes cremation is a personal choice. Some people may prefer burial, but the religion does not forbid cremation. Since the Vatican has issued regulations about cremation, though, you will want to make sure you follow the rules.

Simple Cremation of New Jersey understands that Catholics have diverse views about cremation. We want you to know that we respect your views and want to help you follow your church’s teachings. To reach that goal, we offer a variety of services, including memorial services, memorial videos, tribute brochures, and bereavement support.

Contact Simple Cremation of New Jersey to learn more about how we can conform to your religious beliefs. End-of-life decisions can feel complex and difficult. We hope to make the process as easy as possible for you.